It was in early April (10th - 11th), AWS Summit Singapore 2019 held at Singapore Expo Convention and Exhibition Centre. Actually few weeks ago we just finished our team camp in Okinawa, and here comes another time to travel. And this is my first time attending AWS Summit.

One of the big news that AWS keeps saying on this summit is that they will open new region in Indonesia. Previously the closest region to Indonesia was Singapore and once this new region is ready, Indonesian start-up companies can start using Indonesia region. 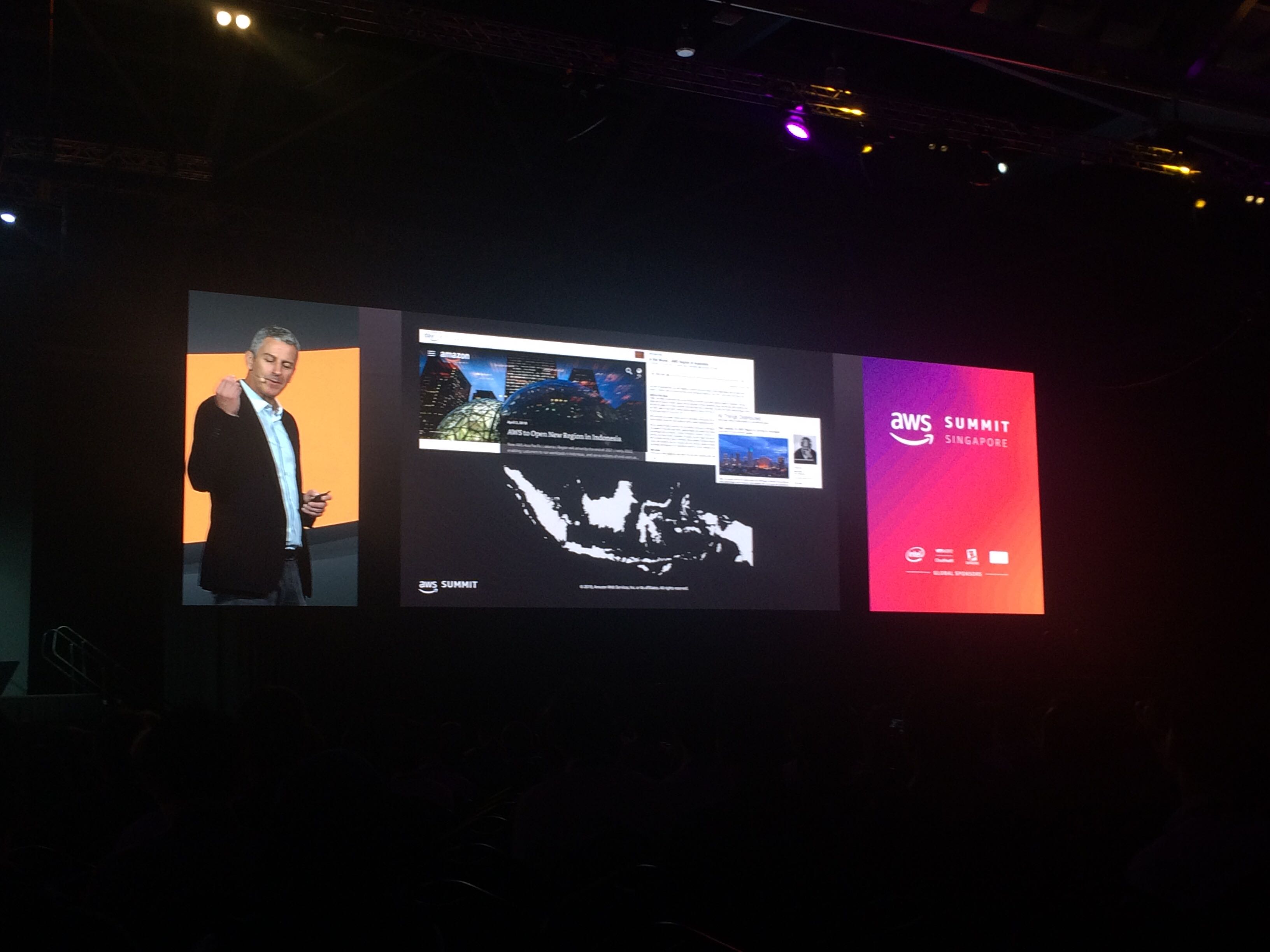 I don't really follow this news although I've heard it before from my circles. Ridwan Kamil, which is famous for his existence in social media, the Governor of West Java, confirmed in his Instagram account that after a long negotiation, Amazon is ready to invest to build Data Center in Indonesia.

The summit was held in two days. Let's start with day-1: TechFest.

As my colleague reminded me that this kind of event will attract thousands of attendees, I tried to come early. It's not hard to find Singapore Expo. I arrived around 7:50, registered by showing the QR code on my phone and received my name tag.

The organizer is very professional. With thousands of attendees, I don't find any major problems. The attendees received the name tag on RFID card. When we visit booth from sponsors, the sponsors will scan our name tag, and later they can start contacting us via email.

To attract the attendees to visit sponsor booths, Amazon will give the attendees a pin if the attendees manage to visit at least six sponsor booths from various sponsor level. As I don't really interested to this pin or this kind of gamification, I only visited two-or-three booths. One of them is nginx company, which they provide a commercial support on utilizing nginx.

The keynote on day-1 was very interesting. Olivier Klein, Head of Emerging Technologies, AWS, opened the summit. Later on he showcased what AWS has. One that attracted most attendees was when he was showing image recognition. Starting with basic shape such as: bottle and people. Then a few staff was walking with a huge inflatable Unicorn walking among the attendees. The computer is able to recognize this object as Unicorn after being trained with AI/ML. 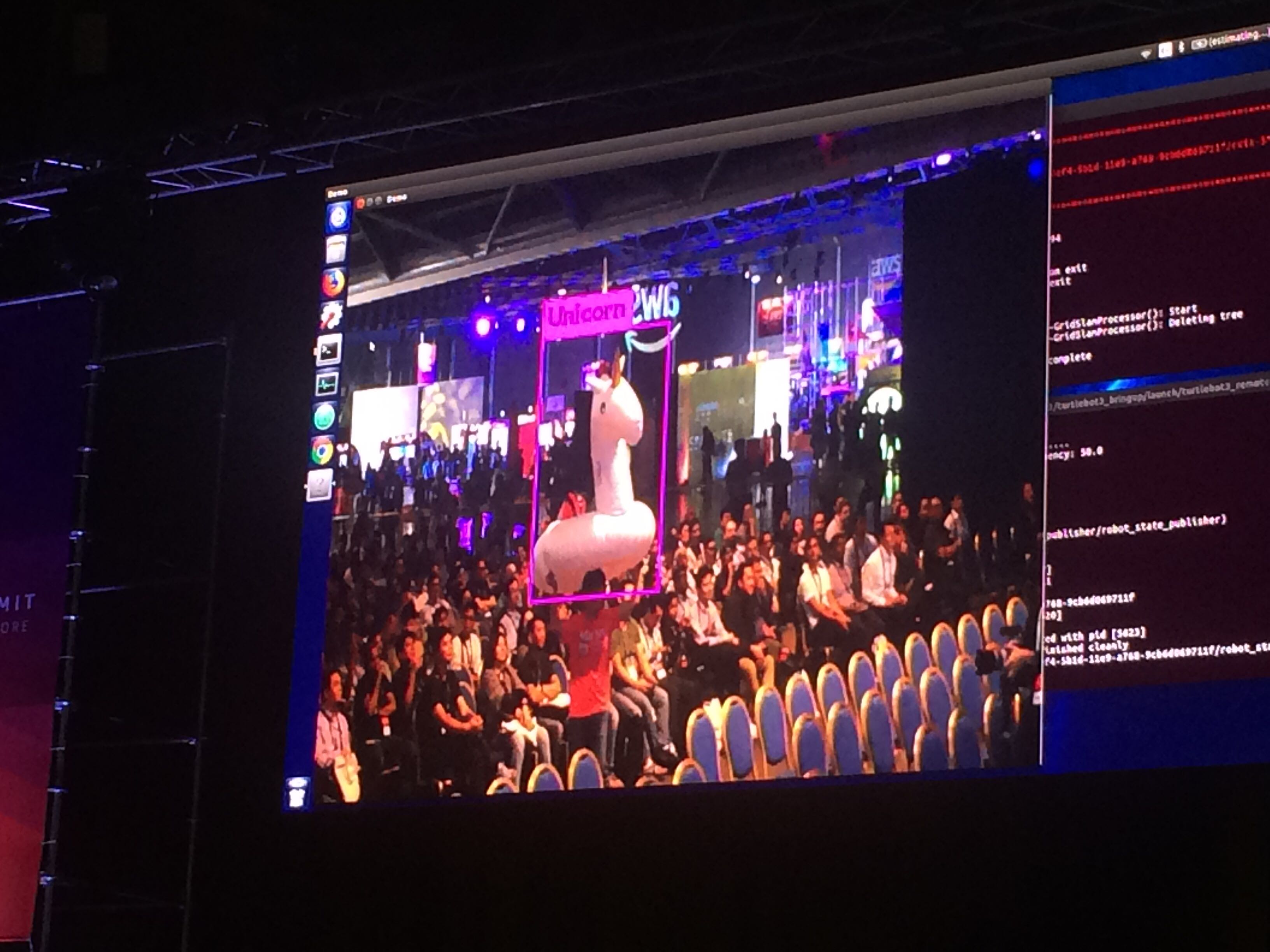 The first session that I attended was L300 (advanced) workshop: DevSecOps with Docker and AWS Fargate. I am very keen to implement CI/CD in our pipeline and I still have strong interest on security. The workshop material is available at aws-asean-builders github repo. BTW, this summit is called a silent conference, because attendees are required to tune in to FM radio to listen what the speakers saying. It's also my first time experience with this kind of FM radio. At first it feels strange but later on I find I can hear the speakers better. I managed to finish lab 0 and lab 1. The instructor was quite good. I had some problem on lab 1 but the teaching assistant were there to help me.

After lunch, I was planning to attend this L200 (intermediate) hands-on lab: Securing Applications on AWS. I went to level 2 but by the time I reach the room there was a staff standing in front of the door. The room was full in three minutes after it was being opened. So, I went back to the ground level and attended the basic of cloud session. Delivered slowly, I can get the better understanding on the basics of cloud.

Security also being discussed on this session. What's the best practice of using IAM. What's the risk of using root account of IAM. Amazon will take the security of the cloud, while Amazon users need to take care of security in the cloud.

On day-2 Summit more people are coming, so we had the keynote in hall 3.

Unfortunately, I don't find the keynote quite interesting. He's reading the slides too much and not making eye contact to the attendees. It seems he doesn't know well what the topic is about.

Previously, I had opinion that most AWS customers are start up or unicorn companies. But then I was wrong. There are also a lot of big companies are using AWS from banks, insurance companies, and airline companies. Two of AWS customers were sharing their experience on how their companies using AWS. One is from Certis - a security company, and the other one is Traveloka - an online travel agent.

Unlike the first day, the second day session was delivered by AWS Summit sponsors. I attended Operating Microservices at Hyperscale by Donnie Prakoso. Donnie emphasized on how we should be careful on doing micro-services based application design. 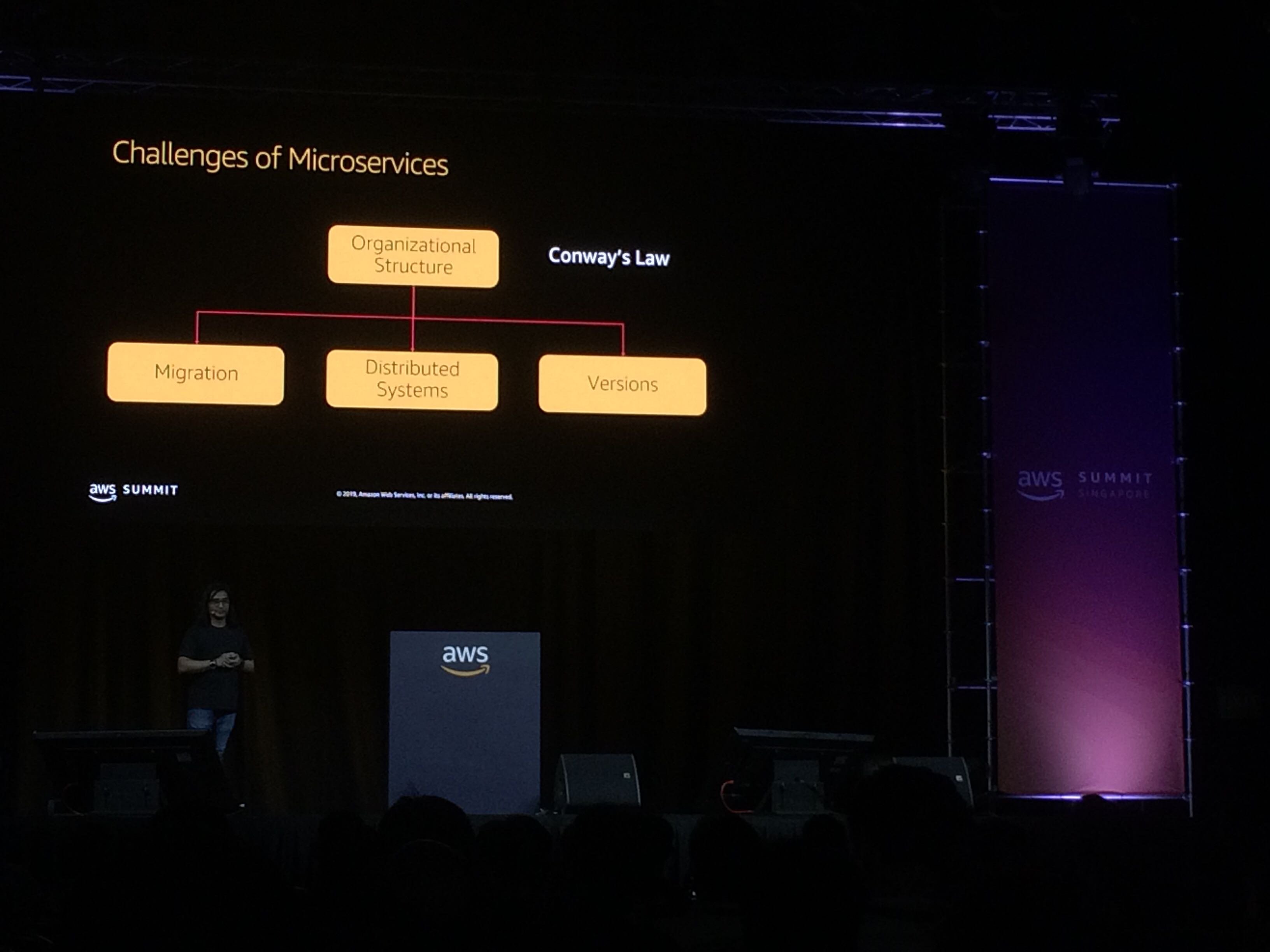 Sessions on second day also shorter. This means we have more talks and on the other side, it's hard to pick one and follow them thoroughly. Most of the day 2 sessions were likely 1-way presentation.

Other than talks, there was also a Deep Racer league. Contestants are required to make a model and train the model so that fastest car will win the race. And there was a hackathon competition. 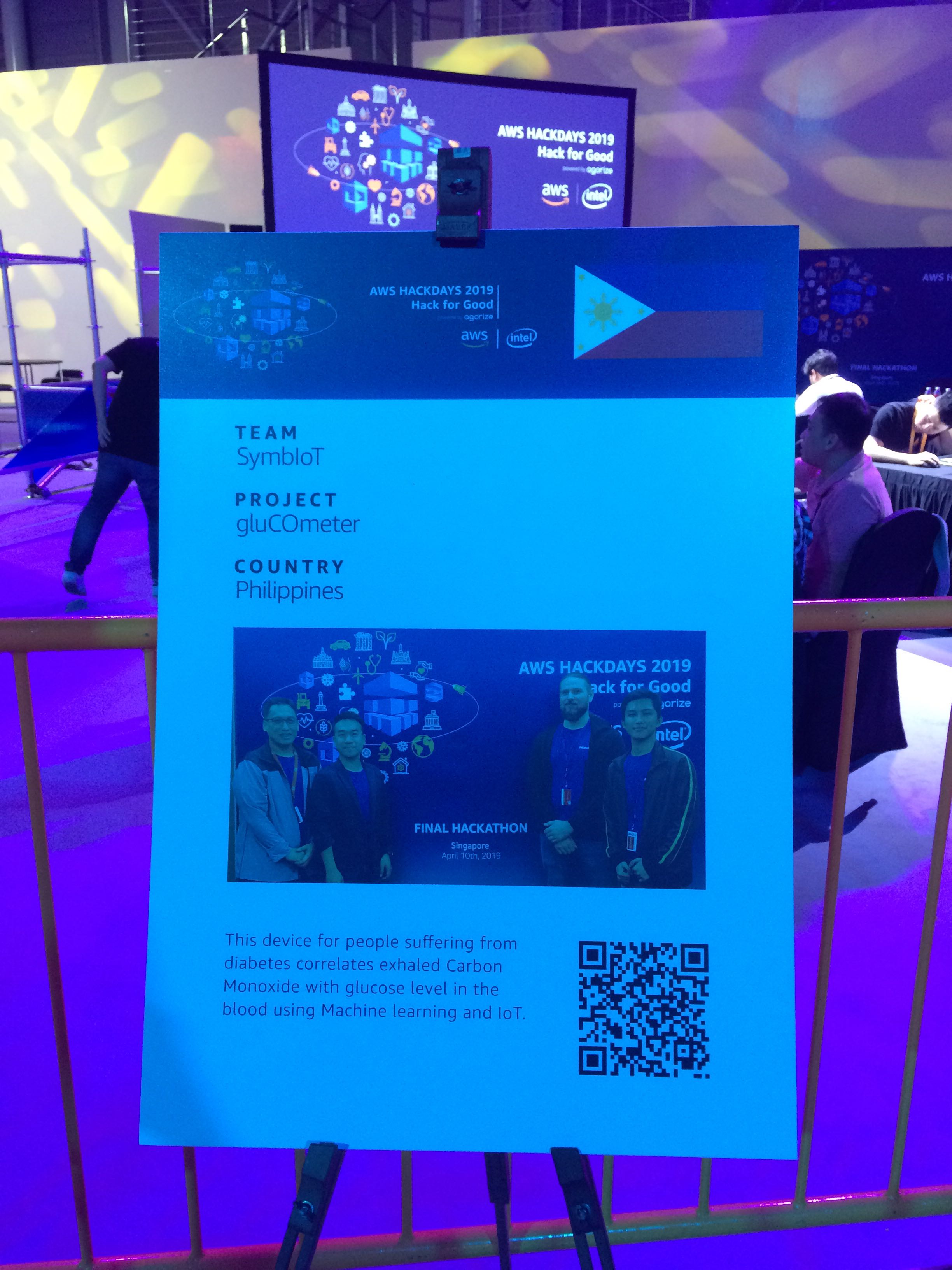 In the end, it was quite exhausted to attend this 2-days event. I still remember the days when I went to data center, setting up server, plug the power, setting up switch, plug the LAN cable, install operating system, setting up IP addres, and finally make sure I can do ssh login remotely so that I don't need to go to the data center.

In the cloud era, I think less people are going to do that. We'll just do everything from web browser and even we don't have to buy physical server and rent data center. And cloud computing is not stopping there. We can do image recognition, text-to-speech/speech-to-text, processing big data, sending message, and making calls: all through the cloud with just a simple setup. 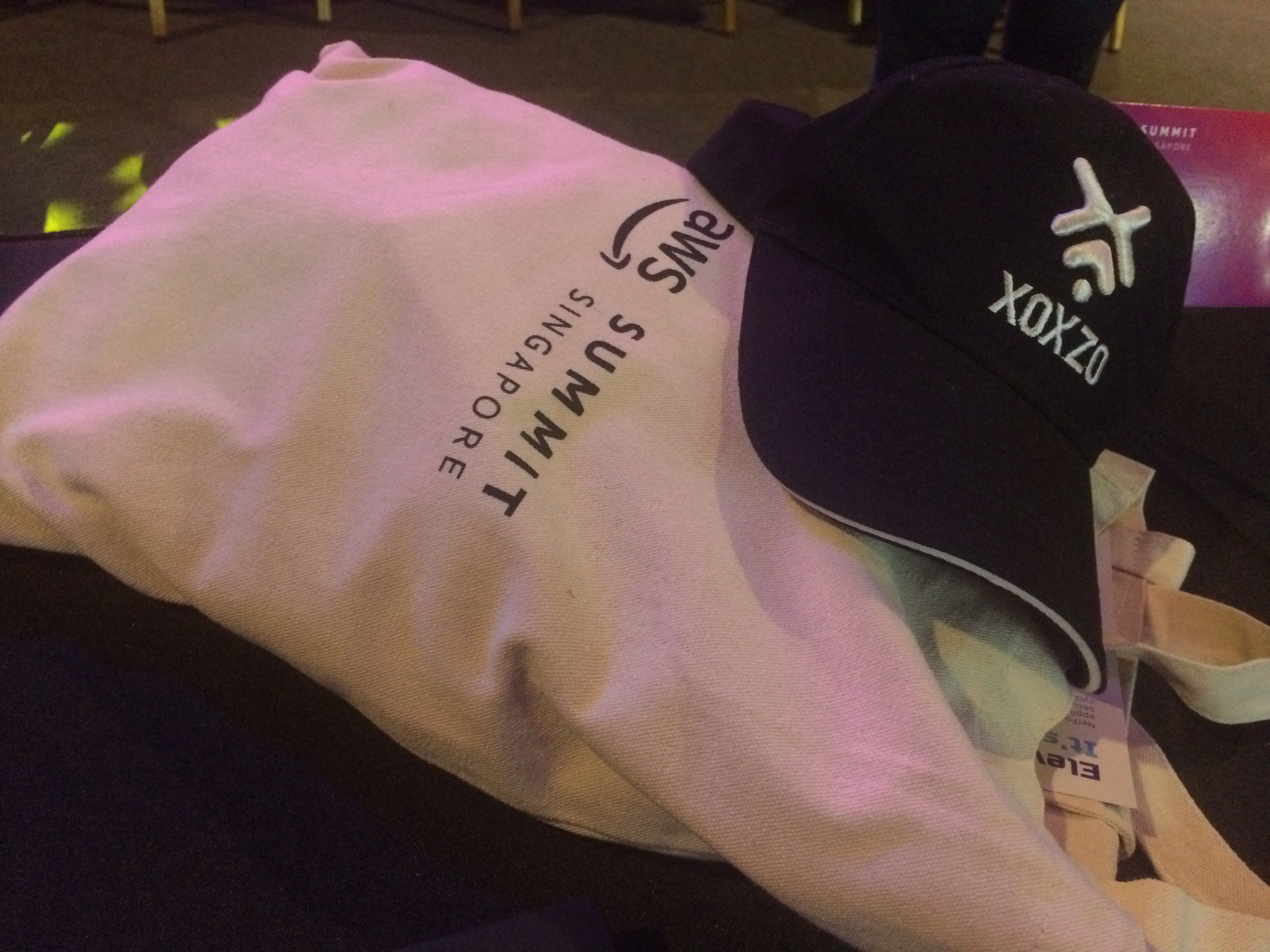 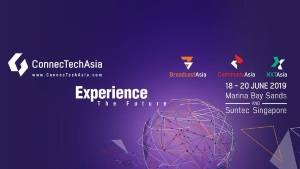