The yearly MWC (formerly World Mobile Congress) was held again in Barcelona for 2019 from 25th to 28th February.

As MWC is basically the biggest conference within the mobile world, big name companies usually will use the conference as a place to make important new product announcements. It is also a time to take notes and feel the pulse of the industry and figure out where we're all trying to head. 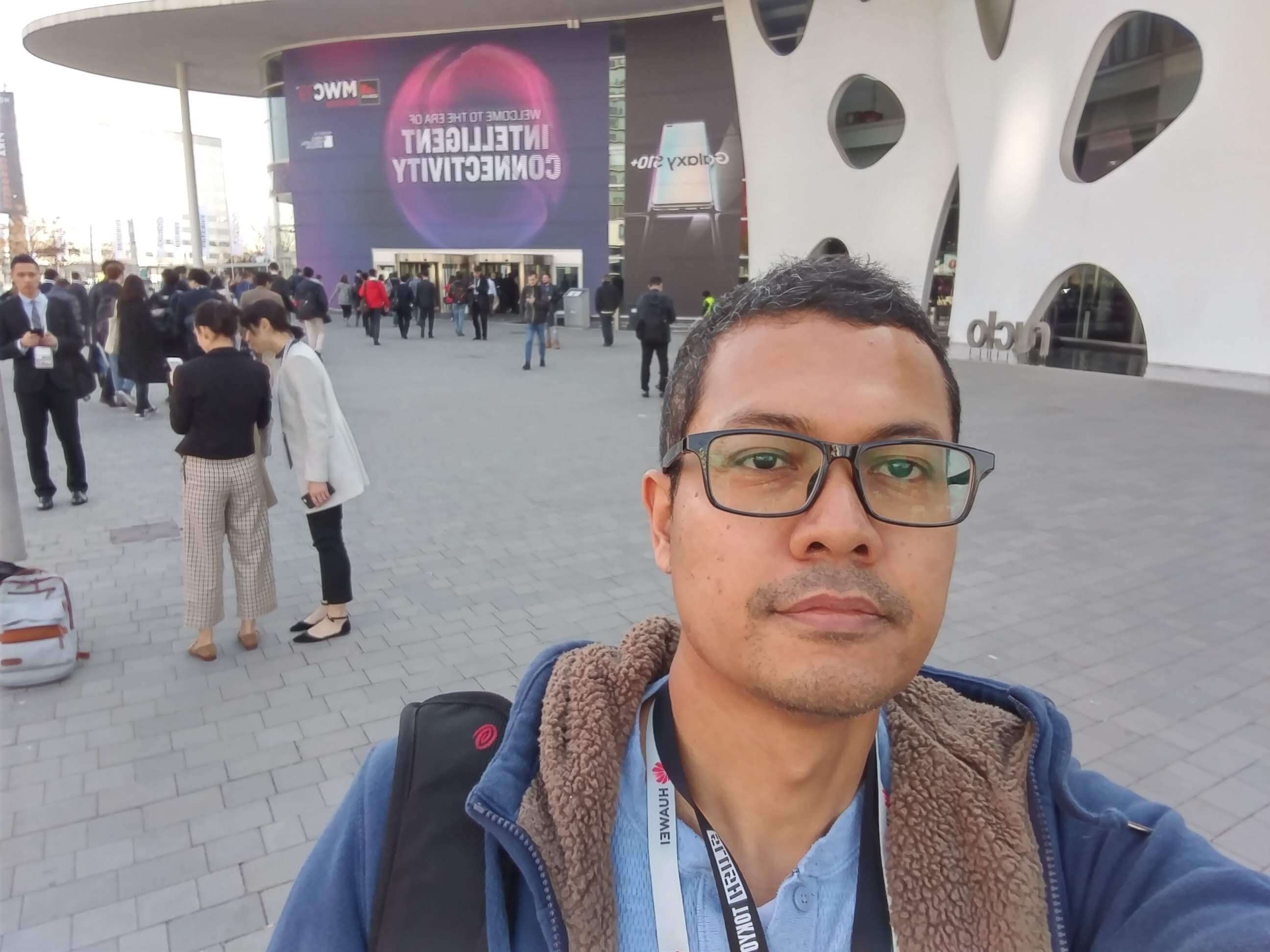 This year's theme for MWC was Intelligent Connectivity, which encompasses the usage of artificial intelligence on our digital data for greater connectivity (think IoT and everything around us as connected items) for a better wellbeing. A key point in all this is the 5G technology, which will be the enabler to achieve this connectivity.

I'll write in this post about some of the sessions or talks which I managed to attend, and at the bottom will be a summary of what I think what MWC19 was all about.

This talk was basically about having mobile first contents and that we're not pushing contents fast enough to the mobile screen. 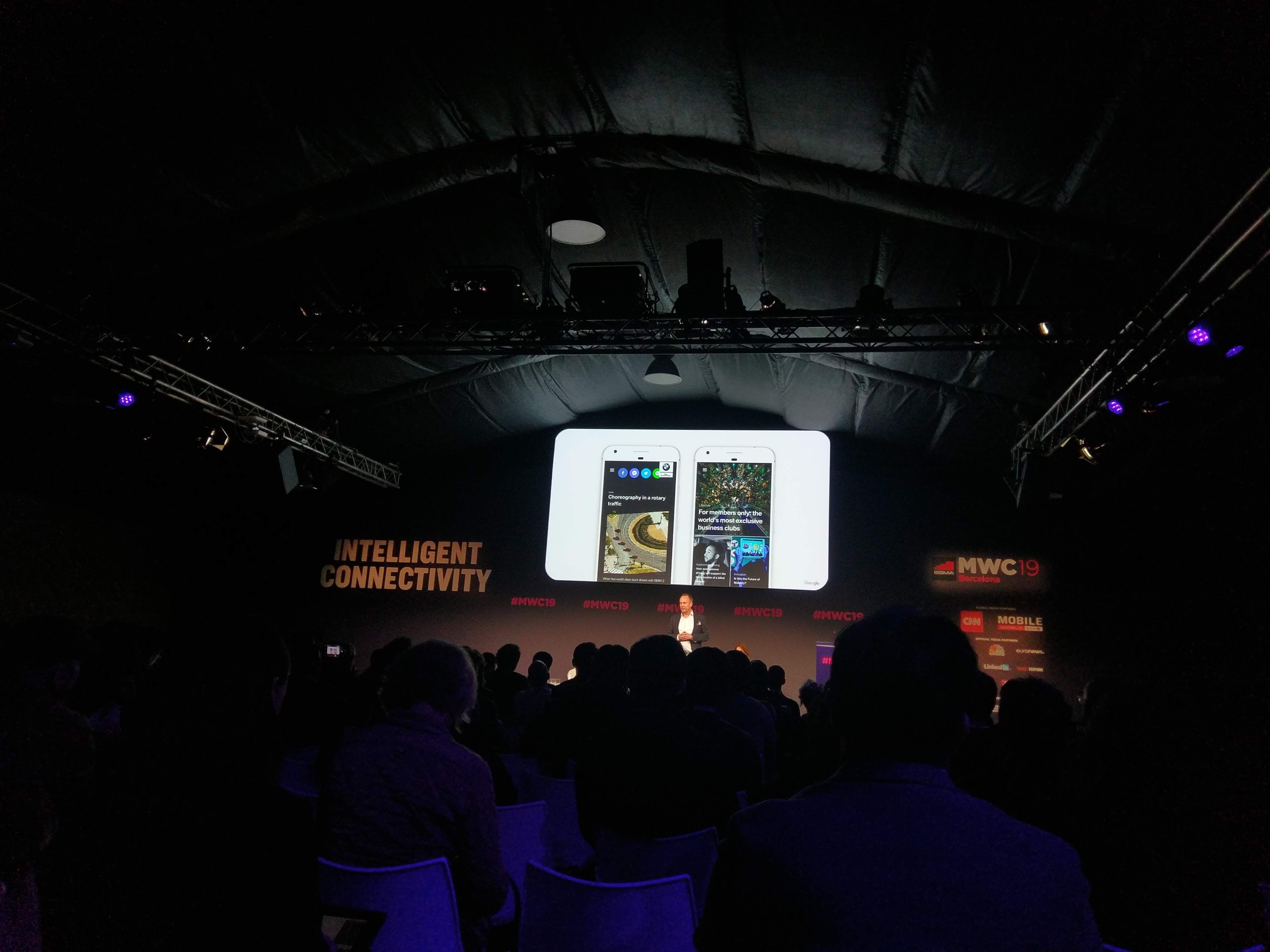 Fuencisla, the country manager for Google Spain and Portugal started off by saying that half of all traffic now are mobile web traffic. Regardless, the conversion rate for desktop is still twice on mobile. They found out that a one second delay during loading on a mobile website effects conversion by as much as 20%. Half of your visitors will leave your mobile site if it takes more than 3 seconds to load.

Next, Jorg, the global head digital marketing for BMW group told the audience that they rebuilt their website from scratch with specifically two goals in mind: Increasing speed and to create better contents that is helpful and entertaining to their audience. They use the techniques mentioned by Fuencisla previously.

Jorg reports that their CTR increased to 44% from mobile user, with 49% increase of visits from SEO and 3:13 time spent on site.

After Jorg, Saul, the Director of Internet and Social Media for Telefonica reported that their A/B testing using AMP showed a 70% reduction in loading times, with a 40% sales increase.

How did AMP help them? AMP forces you to keep things simple due to restrictions. As an example, previously Telefonica had 200 customized landing pages and all those restrictions forced them to tailor that down to only 3. The backend creates the customized code and throws it to the front end with AMP to be rendered to the end user.

Takeaways: Half of our traffic is now from mobile so use AMP and PWA to make mobile site faster and increase conversion.

A topic that interests us and also our customers is RCS the 2nd generation SMS service to act as a competitor to Over The Top (OTT) services like WhatsApp or Line.

There was a seminar session on RCS, which was a full house but I managed to get into to listen in anyway.

The panelist was discussing on how OTT services are eating revenue away from the carriers and how carriers now need to fight back, and also focus on A2P messaging which they have control. 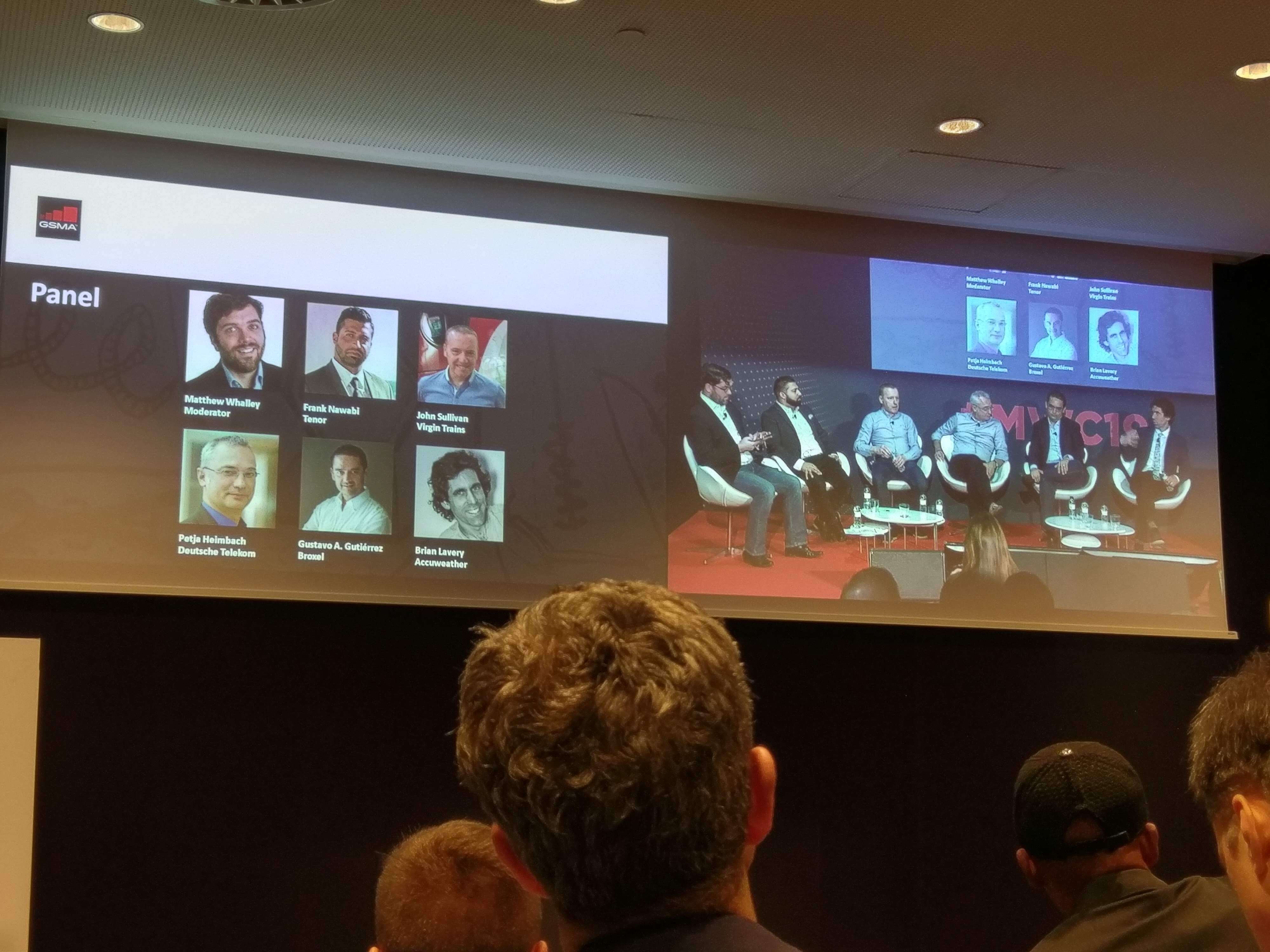 Petja from Deutsche Telekom says that RCS and SMS will co-exist. SMS will still be relevant because the concept of RCS is 100% footprint, and even though we only have 15% coverage of RCS now, the rest will be covered by SMS as it is.

Customer services will experience a shift when RCS takes off and becomes more common: Companies will try to take advantage of RCS and bridge the real-time communication to any channel the customer wants it to be, which will be RCS as it will be the most universal channel.

Brian from Accuweather points to the fact that they have hundreds of millions of users, but as a publisher it is difficult to make them download an app, but not difficult to send a text message. If the mobile operators can hit their target of 800 million users for RCS, it will be awesome for them.

As of currently, we have 4.7 billion SMS users versus 400 million RCS users. There is still a lot of work to be done, and the carriers need to start making serious efforts in rolling out RCS.

Google also had a special booth to showcase usage of RCS by its partners during MWC19: 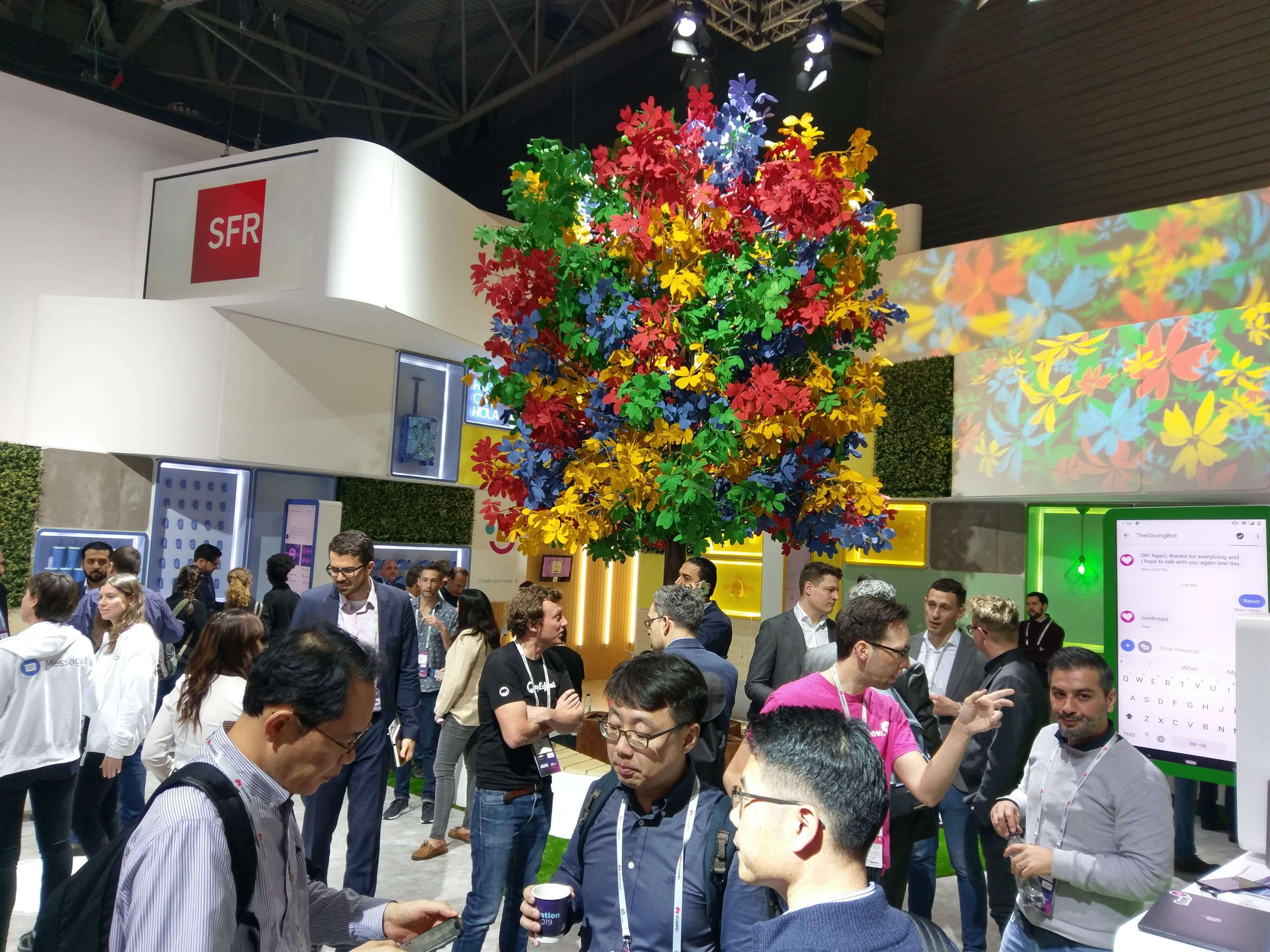 RCS was shown in use cases like making reservations for train tickets and contacting customer support which is handled by a bot.

I also walked around in Hall 8.1 and took the opportunity to talk to some of the messaging aggregators who have booths there. They were either neutral or negative on having RCS as part of their products.

Takeaways: Even after the first announcement of RCS in Mobile World Congress we still have little pickup for RCS. Even some of the aggregators don't have plans or doesn't seem to be interested in having a serious push to have RCS in their pipeline. I'm not sure how serious the carriers are pushing RCS.

Another interesting session was about the next upcoming companies using the latest technologies, dubbed The Next Unicorn 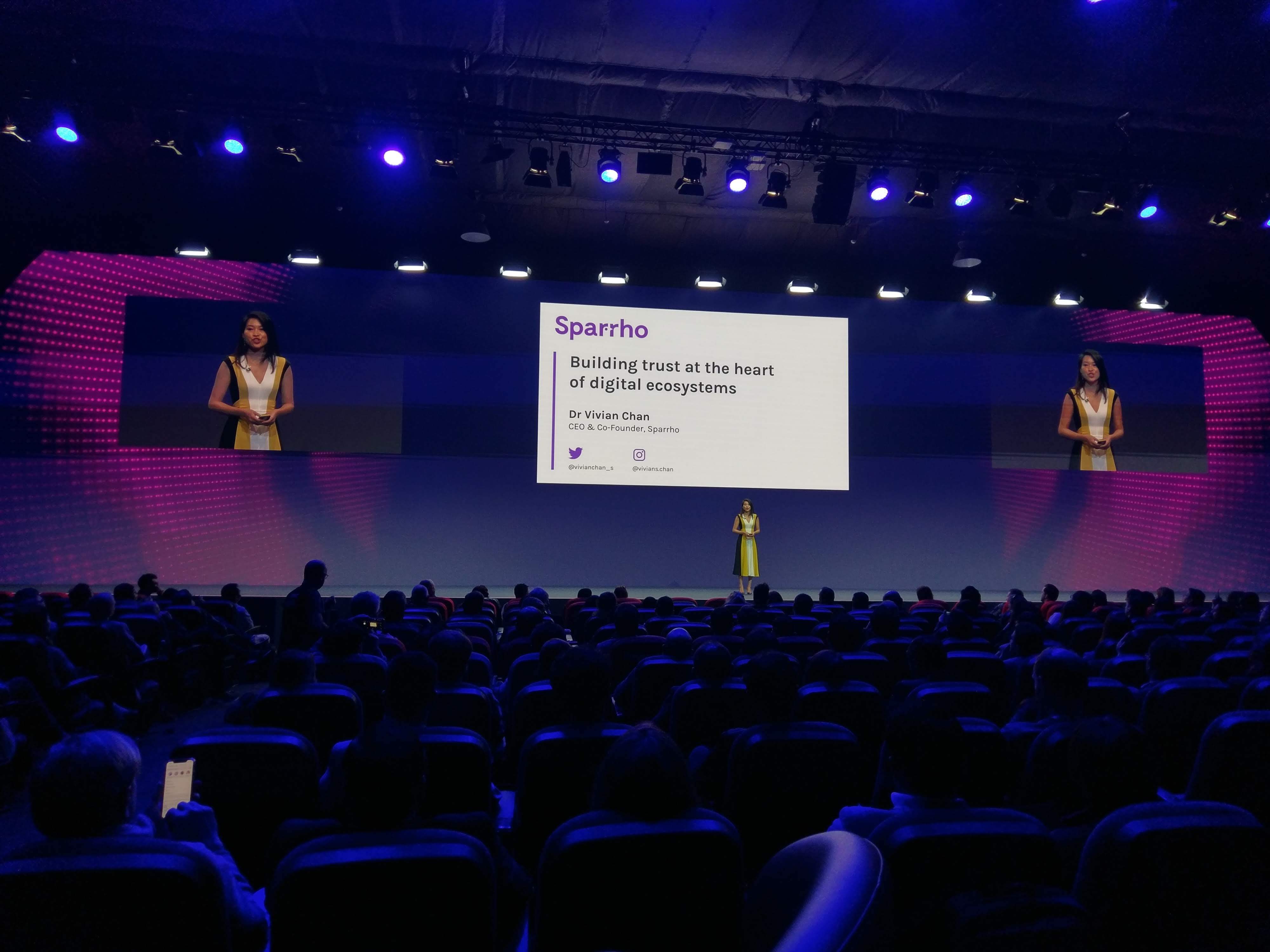 Takeaways: Seems like a lot of interest are being shown in images, and we're underutilizing it

The Future of Work, Learning and Leading 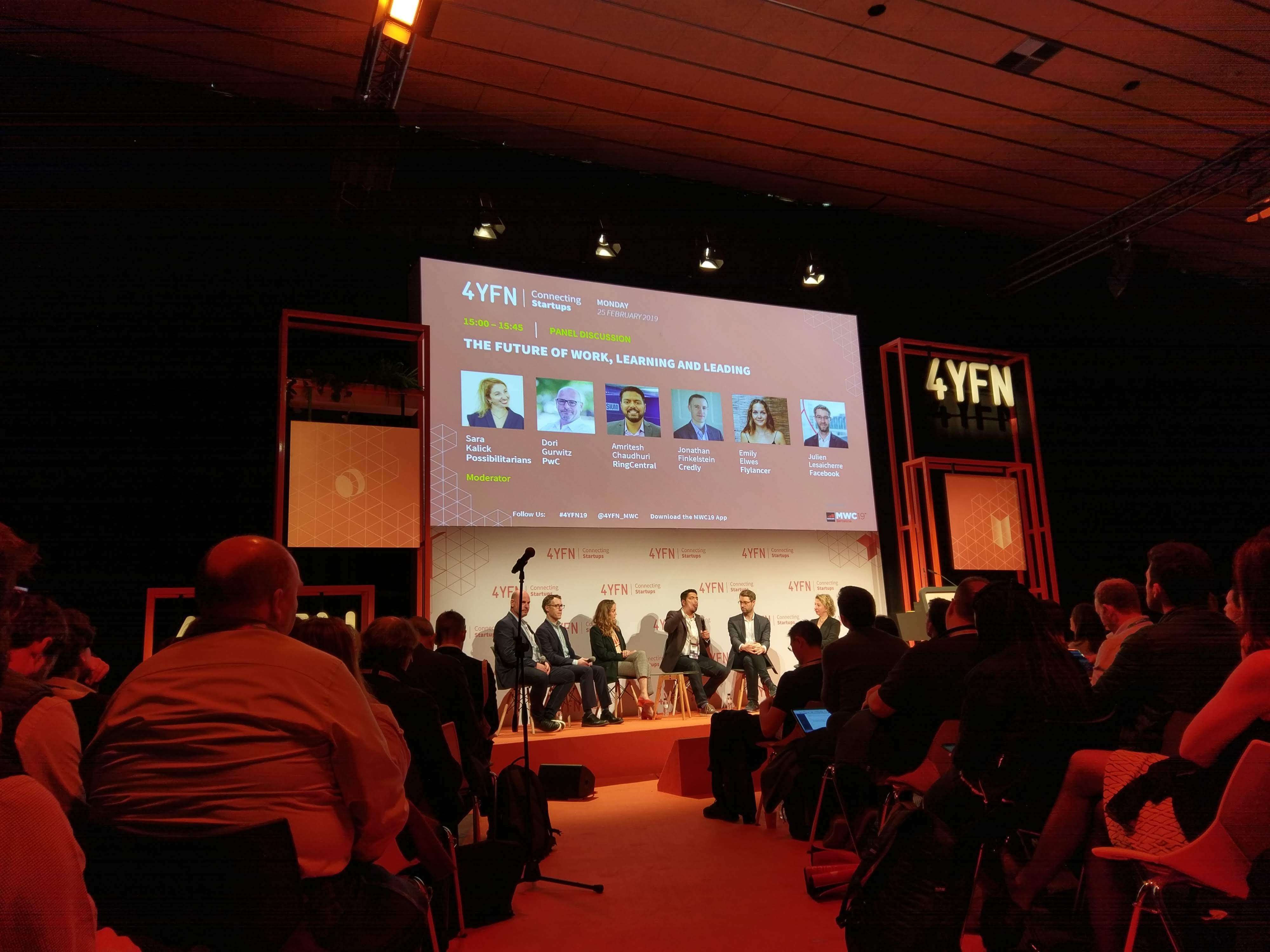 As employers and managers, we need to recognize new skills developed by our current employees or they will leave. There are many unfortunate cases where we get new hires to do certain tasks which our current staff can already do, just because we only recognize them for the role which we hired them years ago.

One question this leads to is: How do we recognize and verify these skills? How do we make the visible? This is a problem which some companies are trying to solve. Some questions were raised:

Other points of interest:

There are 160 million freelancers in the US and EU. They are always broke and no organizations or policymakers or unions on their side. We need to be welcoming to freelancers by making them feel more human (in the freelancers' context, e.g incorporate culture as these freelancers represent the company)

At the same time, we need to look into the people we already have for new skills and abilities. Employers need to be aware and recognize skills that have grown from current employees.

Practice the culture of celebration even on the small wins. Engagement and building a community makes it more human.

An example given was how Danone's CEO did a live Q&A stream with thousands of employees. It sends a message from the top that I care, I want you to be on this journey with me: Making people at the center of the organization This will result in higher retention and engagement.

Takeaways: Recognize skills and put effort on how to make those visible Half of our traffic is from mobile. Celebrate people more and engage them

The conference is as usual a HUGE affair. MWC in Barcelona yearly attracts around 100,000 attendees. You will not have time to go through all the booths in all the halls within the four days and come back with a firm grasp of what's going to happen next. And before you know it, one year has passed and the next MWC will bring a new set of things for your attention.

Secretary-General of the Organisation for Economic Co-operation and Development giving his keynote: 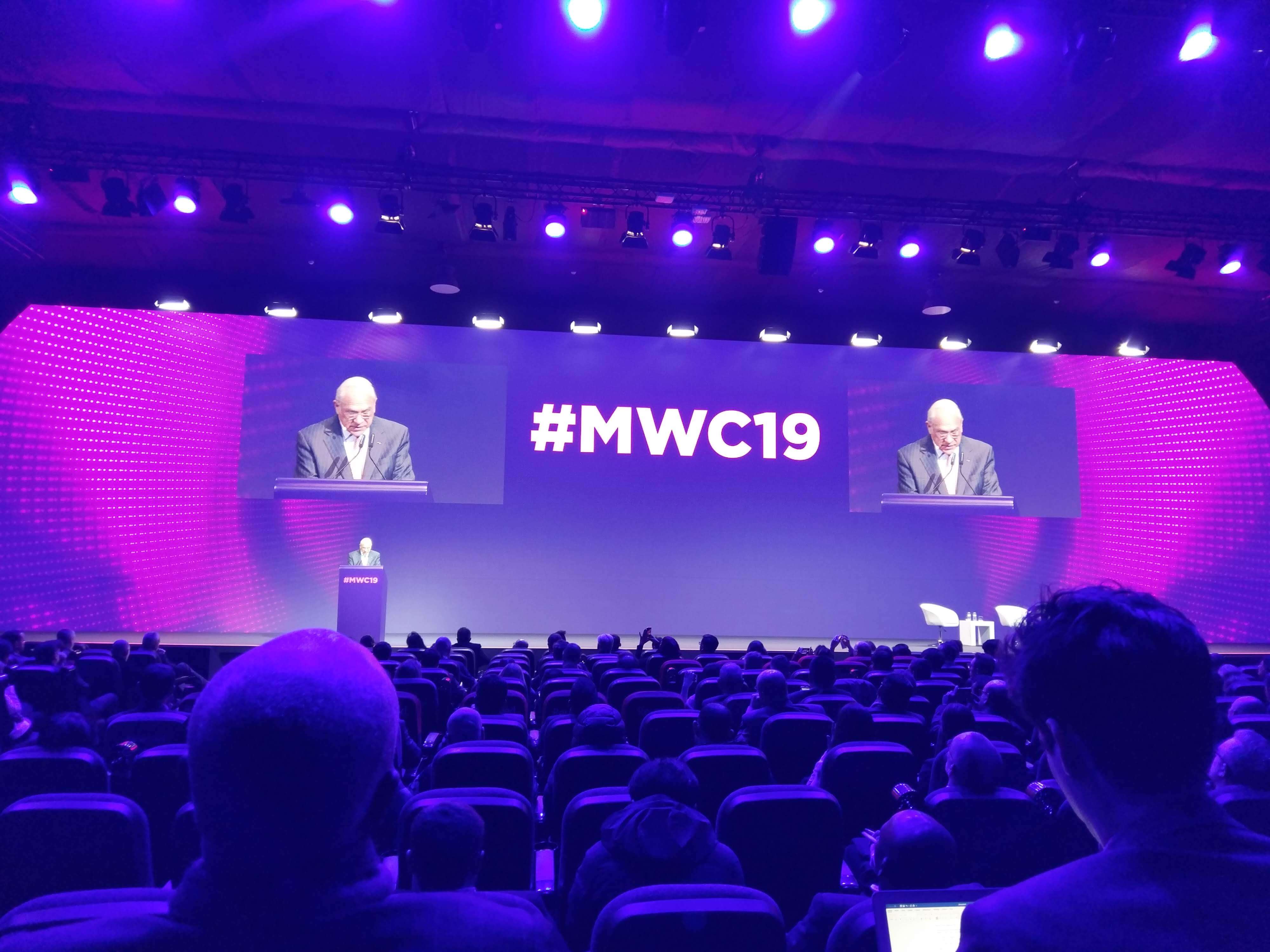 But anyway, this is the first year GSMA rebranded Mobile World Congress to MWC, to reflect how the conference (and industry) has evolved into something bigger than just mobile. Indeed, the 4YFN event (4 Years From Now) has booths from all kinds of companies and industries, not only web and internet services, but even co-working spaces and coffee makers.

I hope the industry figures out what's next for 5G, because it seems that that's the key to enable the industrial revolution which seems inevitable.

But to me, the real value of MWC19 was the opportunity to have random meetings with people within the industry from all around the world, finding new partners, possible partners and clients. Everyone was kind and wiling to talk to you during the week, just like the Barcelona weather.

See you next year at MWC20! 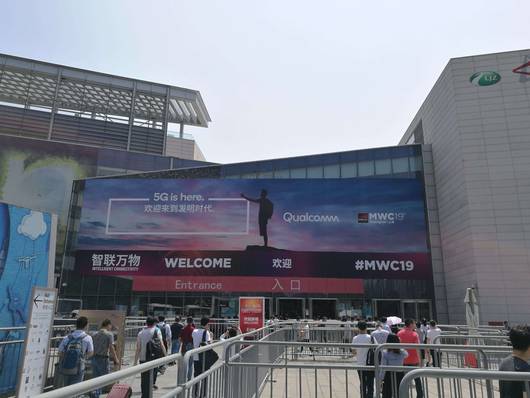 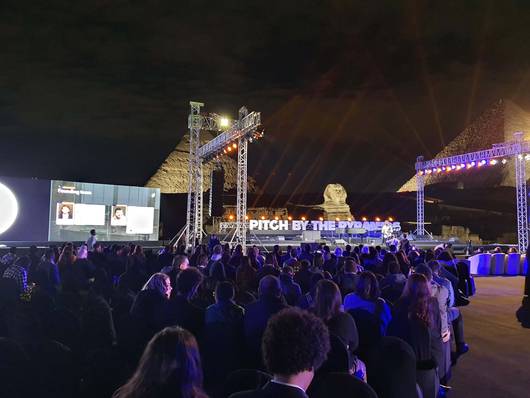