Last week I was in Singapore attending ConnecTechAsia 2019 with Iqbal. This year’s exhibition was held at Sands Expo and Convention Centre in Marina Bay Sands. 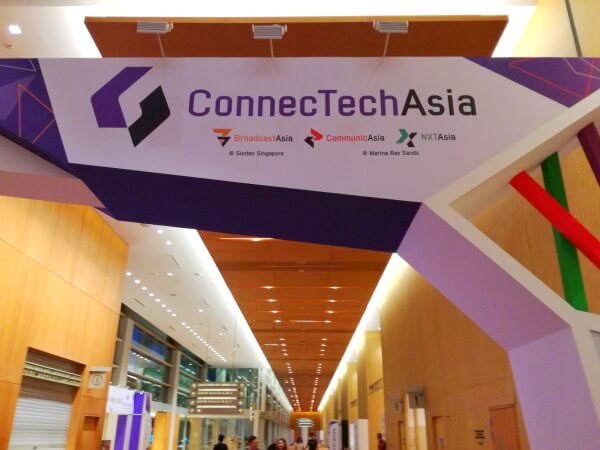 I attended the opening ceremony including an opening keynote speech titled ‘Leadership: from Experimentation to Transformation’ by Harriet Green chairman and CEO of IBM Asia Pacific, who talked about trust and artificial intelligence, The role and importance that trust along with transparency must play in the principles and frameworks that will shape this new age being defined by data and Artificial Intelligence. and shared some case studies on trade document processing using AI with Standard Chartered.

Here are the main points from her speech: 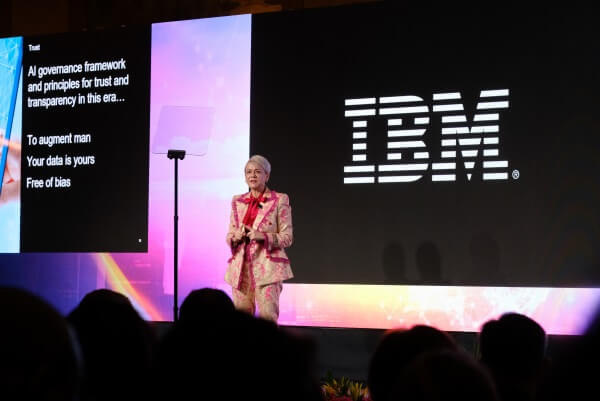 I attended the Summit selectively. The first session I attended was 5G Keynote: The Launch and Beyond the Future of Connectivity by Seizo Onoe, President of DOCOMO Technology and Chief Technology Architect, NTT DOCOMO. He shared a few 5G use cases on:

Onoe remarked that 5G is the first G that is ahead of schedule, and went on to share his observations based on 1G to 4G:

What is important, however, is that all these observations from the previous generations of mobile technology could easily become invalid, which means 5G could be a great success by tapping on cross-industrial collaborations. 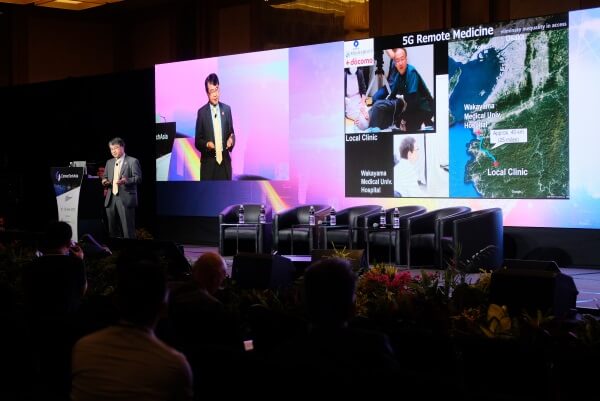 The focus of 5G is no longer on spectrum allocation, but increasingly on use cases, cross industry partnership, pool of cloud capacity, and what problems can be solved using 5G, and that solutions can be region specific. 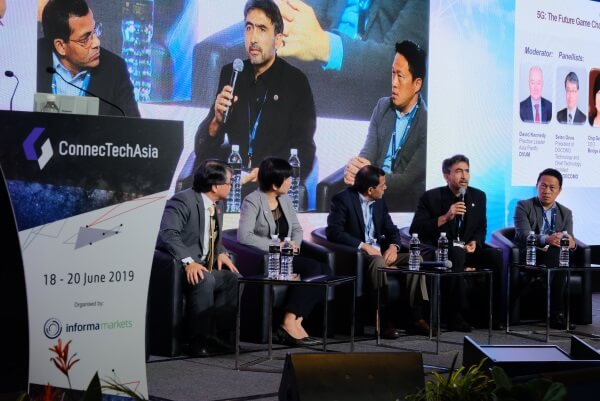 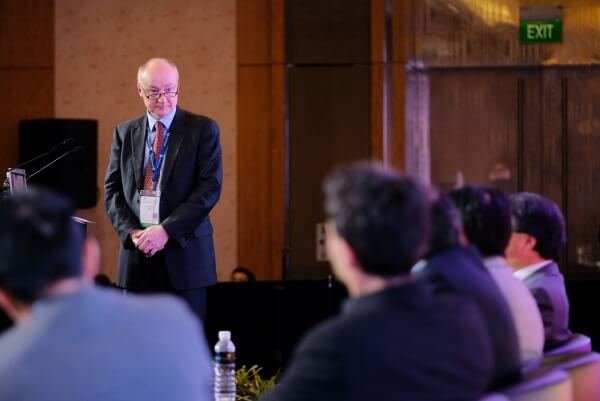 Dr Keeratpal Singh talked about how AI and data could be used to achieve personal IoT over the mobile device for every user. The process usually starts with identifying persona, and Big data, analyzing fb communication, influencers.

He then went on to share some case studies on how transport modelling, city planning, location can be achieved with telco network data. In such cases, demographic & psychographic profiling are important, as well as validation of data.

A few cases were studied, for example from Jalan dutatoll to sungai besi toll, and along the Federal highway, which demonstrate how Klang valley people move from 3am to 11am. This is the application of how telco data can be used for mobility location analytics. 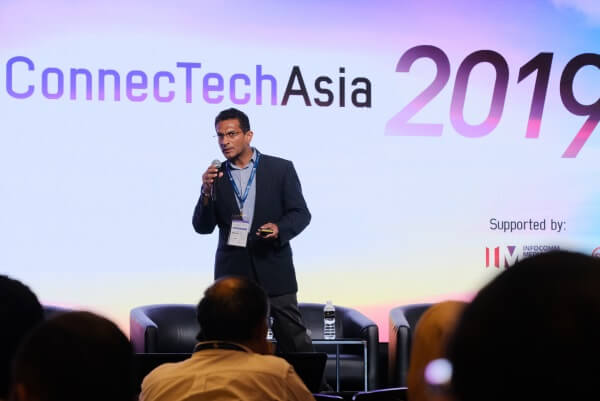 Inside the mind of a hacker

The Power Station Hack: Inside the Mind of a Hacker –– Don’t Let the Lights Go Out by Joseph Carson, Chief Security Scientist & Advisory CISO, Thycotic

As a security consultant and hired for ethical hacking projects to test the strength of security measures for clients, Joseph would typically spend 90% of his effort on research, and probably 10% on physical attack to the system.

In attempting to gain access, phishing scam is one is still effective. One of his favorite is sending a speeding ticket with a link which requires the recipient to click to verify within 24 hours which would otherwise double the penalty after that. And the best time to send it is on Friday at 5:30pm, which would combine the 3 factors of: time, fear, and impact; which boost the success rates of the phishing scam.

A big vulnerability in the corporate environment is in the supply chain. For example, when he applies for a job with the target, or disguise as a photographer. In this particular case he worked on, there was a safety briefing when he arrived on site, but there was no security briefing, indicating the lack of emphasis on security awareness in the organization.

Once he is on-site, he would explore the IT environment, including attempts on network scanning, wifi network, PLC and Scada control, control systems, etc. The goal is to gain remote access to the company network.

Finally the big break came when he found a list of printed passwords on a piece of paper that was 4 years old. Of course he reported the risk to the board of his client, which eventually helped them to understand and take measures to reduce business risks, and put more focus on cyber security. He ended the talk by giving out copies of his book, ‘Least Privilege Cybersecurity for Dummies’ (Click on the book title to download the ebook for free) 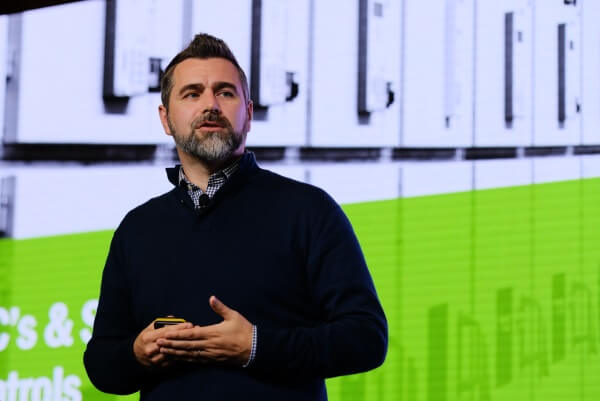 Lunch was served to summit delegates, which was great as it helped us save time from going out and figuring out what and where to eat. The menu selection and culinary standard was excellent.

The exhibitions were divided into 3 themes, namely BroadcastAsia, CommunicAsia, and NXTAsia. I did not make it to BroadcastAsia as it was located in Suntec and not my focus for this time. I spent more time at NXTAsia on Level 5, as it was more relevant to our business interest. I also took a quick tour at CommunicAsia on Levels 1 and B2.

There were a lot of satellite operators, but not mobile operators as it was in the 2000’s when I previously attended the trade show. At a glance, I only noticed Singtel and MobiFone there. 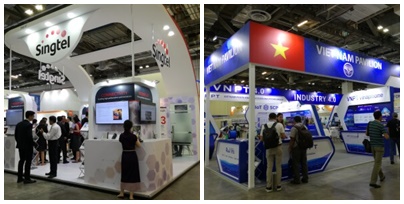 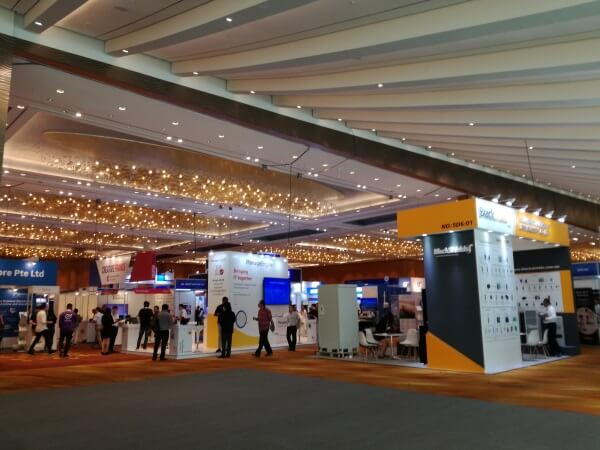 Another robot was Val II by Solustar that is designed to replace customer service or hospitality doing monotonous task, capable of voice recognition and speech processing, singing and dancing, and touch-screen menu. 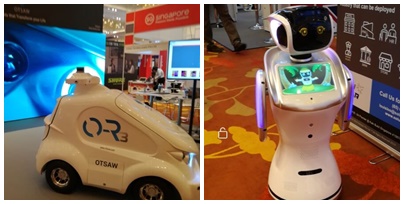 Here are snapshots of exhibitors pavilions from various regions in the world. 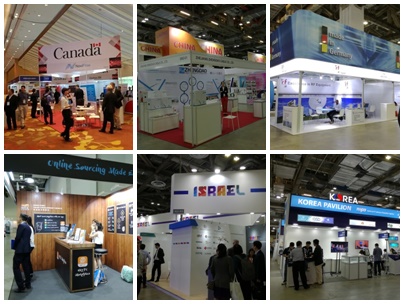 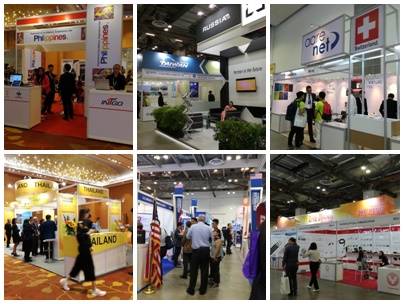 The event and exhibition line up was excellent, however there were too many things happening all at once, I could only choose one or two focus area to engage my interest in. The satellite industry seemed to be having a magnificent gathering with players from various countries, but I did not spend much time in that section. The summit was fruitful to attend to capture a sense of the latest trends in the industry. 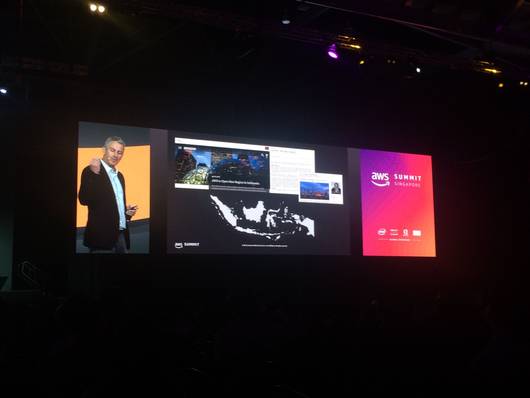