For those of you not familiar with what DevRel is, from the DevRel meetup page:

DevRel is the short form for "developer relations". DevRel is a marketing technic that major companies have tried it such as Amazon, Google, Facebook, Evernote, GitHub, etc. They have made a relationship with external engineers. Because companies want engineers to acknowledge their services, and they want to get the engineer's feedback.

Our communications platform product Xoxzo is API based and developer-focused, so we decided to attend the DevRel meetup this time to meet the people who are pushing for better relations with the developer. The meetup this time was mainly in English, and we had guests from IBM and Nexmo who were from overseas. 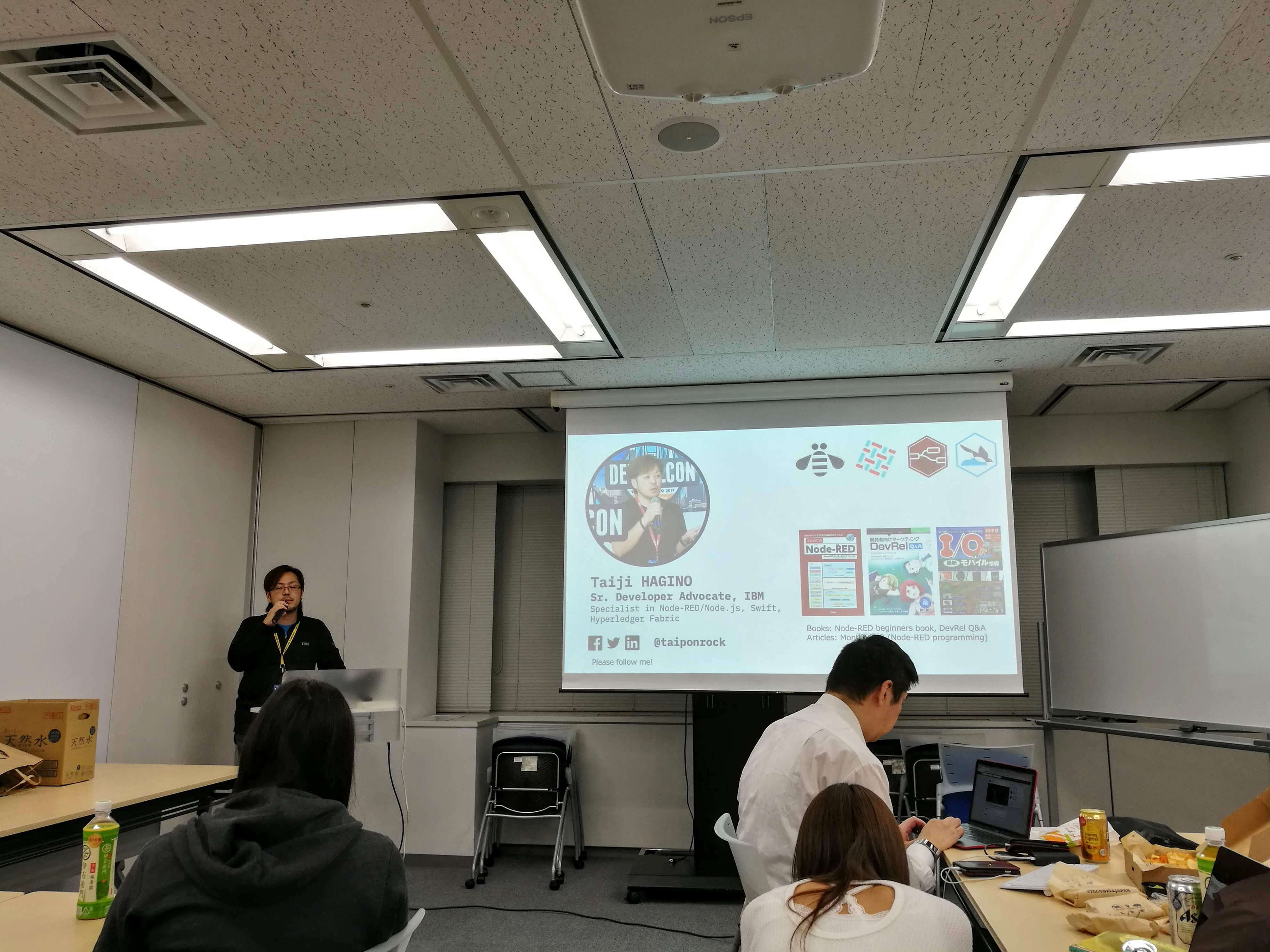 Today we learned a few things about DevRel.

DevRel history started sometime in the 1980s when Apple was pushing for adoption of its Macintosh. Since then, the role has gone through several name changes, but in essence what it does is still the same: Technical Community Management.

OK, but what is DevRel all about? DevRel is basically revolving around these:

The first big conference about developer relations would be the Developer Relations Conference, held since 2004.

Another alternative conference is DevRelCon, which started in London in 2015.

In Japan, there is an annual DevRel conference called DevRelCon Tokyo since 2017.

These conferences would be a great place for you to meet other DevRel people. 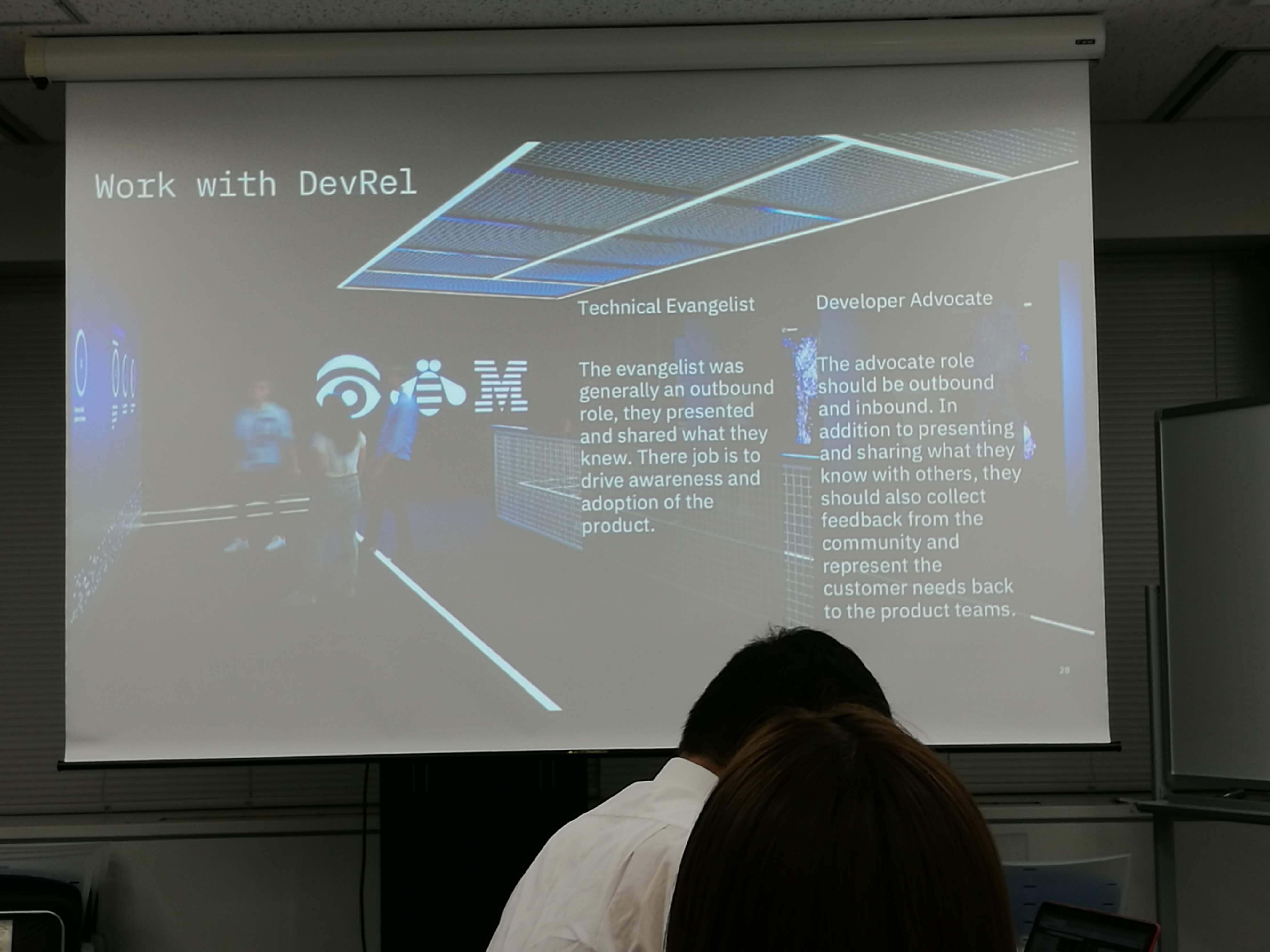 Atsushi from MOONGIFT explained about certain characteristics of what works within the Japanese DevRel ecosystem.

Things that work in Japan's DevRel

Many concepts of products or services are being done through manga. The subject matter is made as simple as possible, and explained using manga characters. According to Alex from Nexmo, they did try to do something similar but with comic characters (i.e DC Comics, Marvel) but that it didn't work well in the US

The advent calendar is a unique culture within the developer community in Japan. In December, many advent calendars pop up with different topics and different groups or persons will write a post on a particular topic for every day of the calendar. They will then link their pages together to create a connection on contents about a particular topic. These will give the writer exposure to the public. Alex again mentioned that Nexmo did try to do a similar strategy in the US but how it affected their traffic and business was inconclusive.

By writing a book on a subject matter, the writer puts her/his self as the authority of the subject and as a public figure gaining street cred.

Mokumoku kai is getting together as a group somewhere and working on something individually. The idea is that we're weak as individuals, but strong as a group. During mokumoku kai, you can rope in help from your fellow attendees to get ideas or help on whatever you're working on.

Using Youtube is a popular way to reach out to your audience and explain a concept or product. VTubers - or Virtual YouTubers - is something gaining popularity because the virtual character can be more relatable to a large number of people, while at the same time concealing the true identity of the content creator.

South East and East Asia is HUGE and DIFFERENT

Alex Lakatos from Nexmo next came up and gave an interesting presentation on their experience traveling around SE and East Asia trying to understand and connect with the developer community.

He presented to us the different ways that the communities communicate and get together, from the de facto language used, the media which are used often, and tools that they use to get together.

In short, they are all different, slightly among themselves, but more so if we compare it with what our friends in the US, UK or Australia (e.g the English speaking world) are used to. Especially for China, nearly everything will have its own domestic version.

I asked Alex about what will be the single most important thing that he thinks needs changing on how he does his work, after all the time spent learning from the diversity of SE/E Asia, and he said:

Revamp the signup page, and drop things like first name, last name column. Their users in China don't have first name, last name. They only have "name". Just by doing this, we have seen improvement in our signup rates. So we need to be more sensitive to the culture of a particular country. The other thing is to have localized documentation. Documentation is the true content that, when spread, reaches to the developer audience we are looking for.

I think it makes sense.

DevRel is a fascinating topic, and different than what we usually think of as traditional "marketing". Being able to connect, listen to experiences and also ask questions at a meetup like this will definitely help us to understand better and implement best practices for our own marketing strategy. 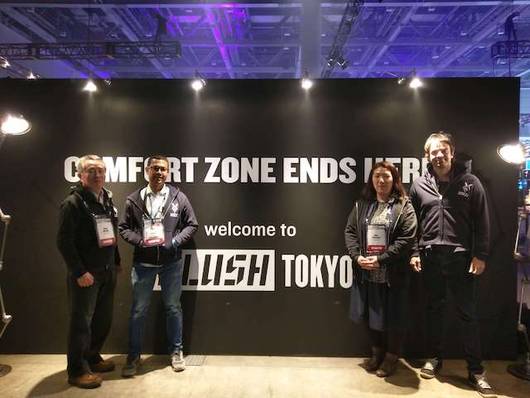 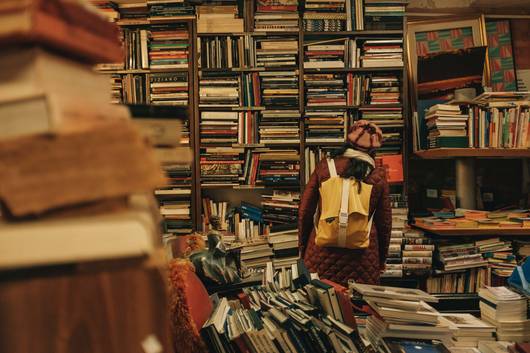 Cleaning up Slack: Regaining back our sanity