This year's PyCon JP was held from Monday 16th to 17th September at the Ota-Ku PiO, the same venue we had in 2018

As a run-up to the conference, they also had sprints on Saturday 14th and workshops on the 15th of September.

We at Xoxzo consider PyCon JP as one of the important events in our calendar. We actively participate in the PyCon regional conferences.

In 2018, we were one of the sponsors and had a booth, but this year I wanted to have more personal interactions with old and new friends that I will meet, so we didn't get a booth and only myself and Akira went to the conference.

PyCon JP this year had a sprint day prior to the conference, courtesy of Hennge as the venue provider. They were about 10 projects that you can participate in during the sprints, and the atmosphere was laid back and friendly. There was also free flow coffee and other drinks. 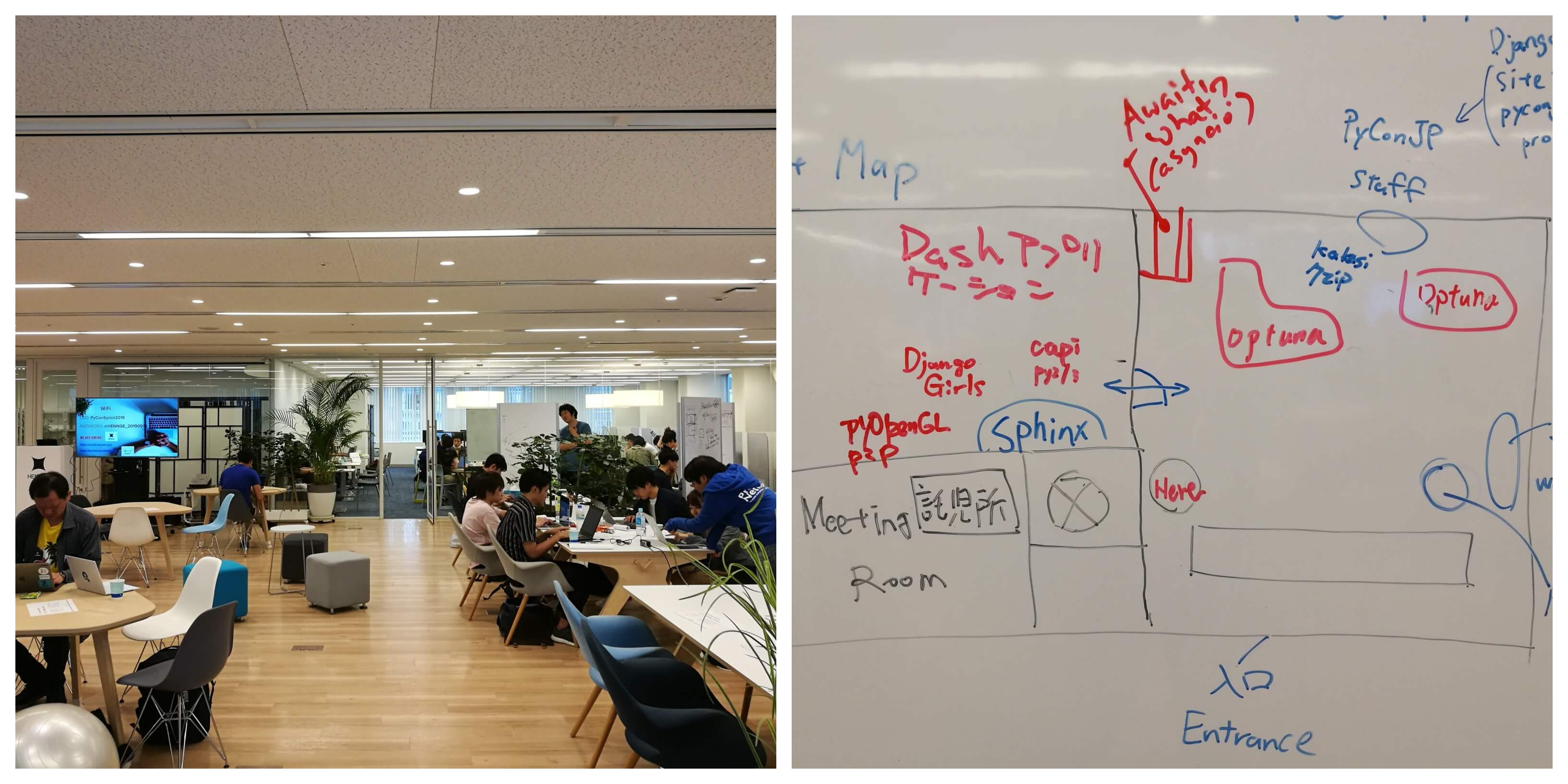 People came and went as they pleased, and about a total of 70 people joined the sprints.

The conference days were filled with interesting talks, ranging from Django, migration to python2 from python3, creating Slackbots and of course machine learning too. 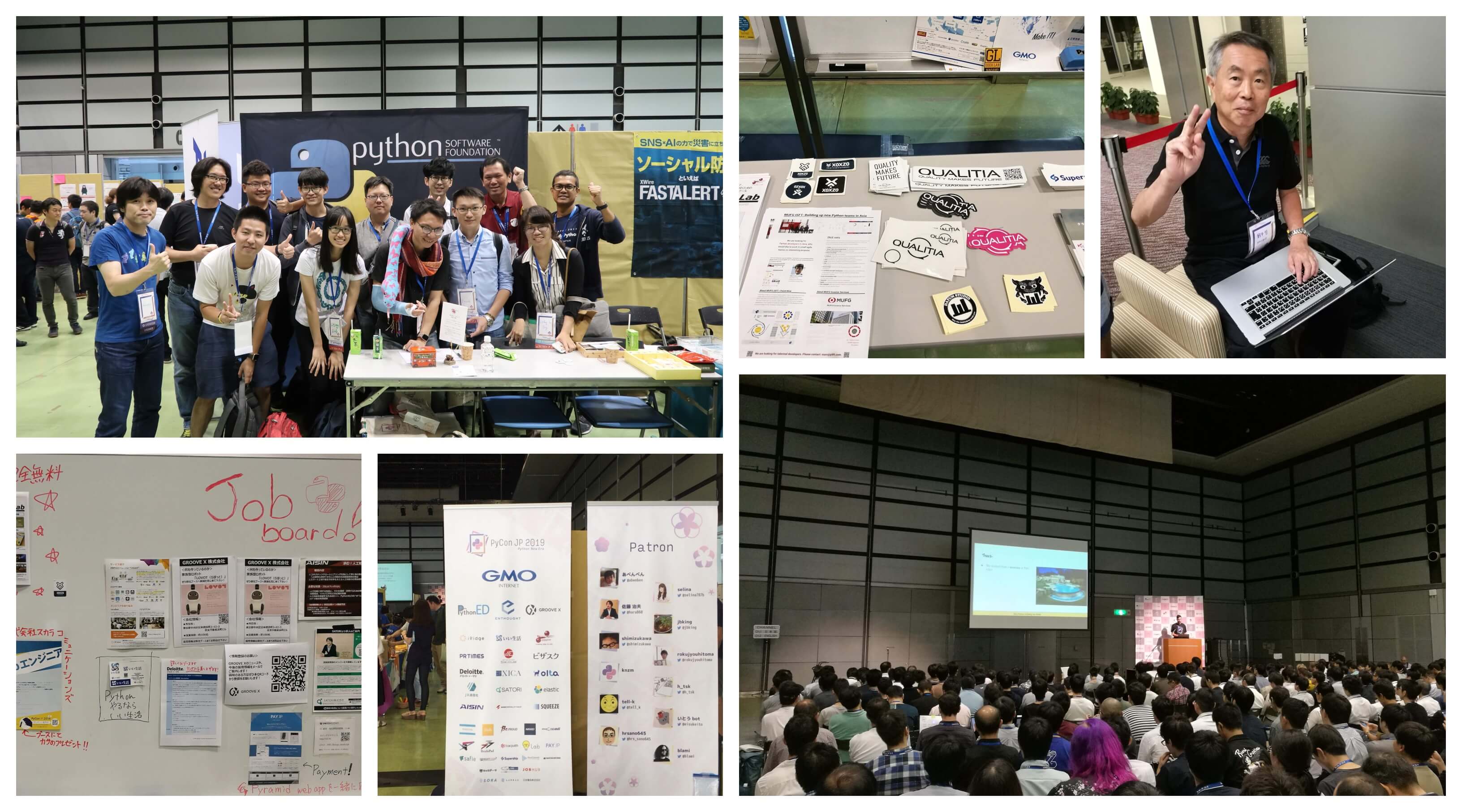 I spent most of time meeting old friends, overseas attendants, talking about our products and generally discussing the status of the Python communities in our countries.

This talk by Marc-Andre Lemburg was very useful and informative. We often want to bundle python runtime with our application so that the application code is not affected by the target environment. This tool is very useful to avoid problems such as caused by the python interpreter version difference. Officially python 3.5 or later is not supported yet, but internally it is done already and will be released shortly after this conference according to Marc.

Or Implementing profiler for web application in English

This talk was in Japanese by Yusuke Miyazaki about implementing profiler for web application. It was very interesting that I can add many functionalities very easily using WISG middleware. I felt like I wanted to write some handy tools using this interface.

As per tradition, they had 5-minute so-called "Lightning Talks" (or LT) at the end of the conference: A chance for you to address everyone at the conference with a short topic of your choosing. Usually this will be about a certain library, or a certain topic which you are passionate about and want more people to be aware of.

This year for at the end of the conference days, the organizers have scheduled pre-chosen lightning talks, and made time for "LT of the day", which are LT chosen from a ballot from a bunch of applicants who put their names in a box.

On the first conference day, I was chosen as the first LT speaker from the "LT of the day" ballot.

I talked about the topic of appreciating and giving back to our OSS community, something which I have been doing this year at other PyCon conferences around the region as well. 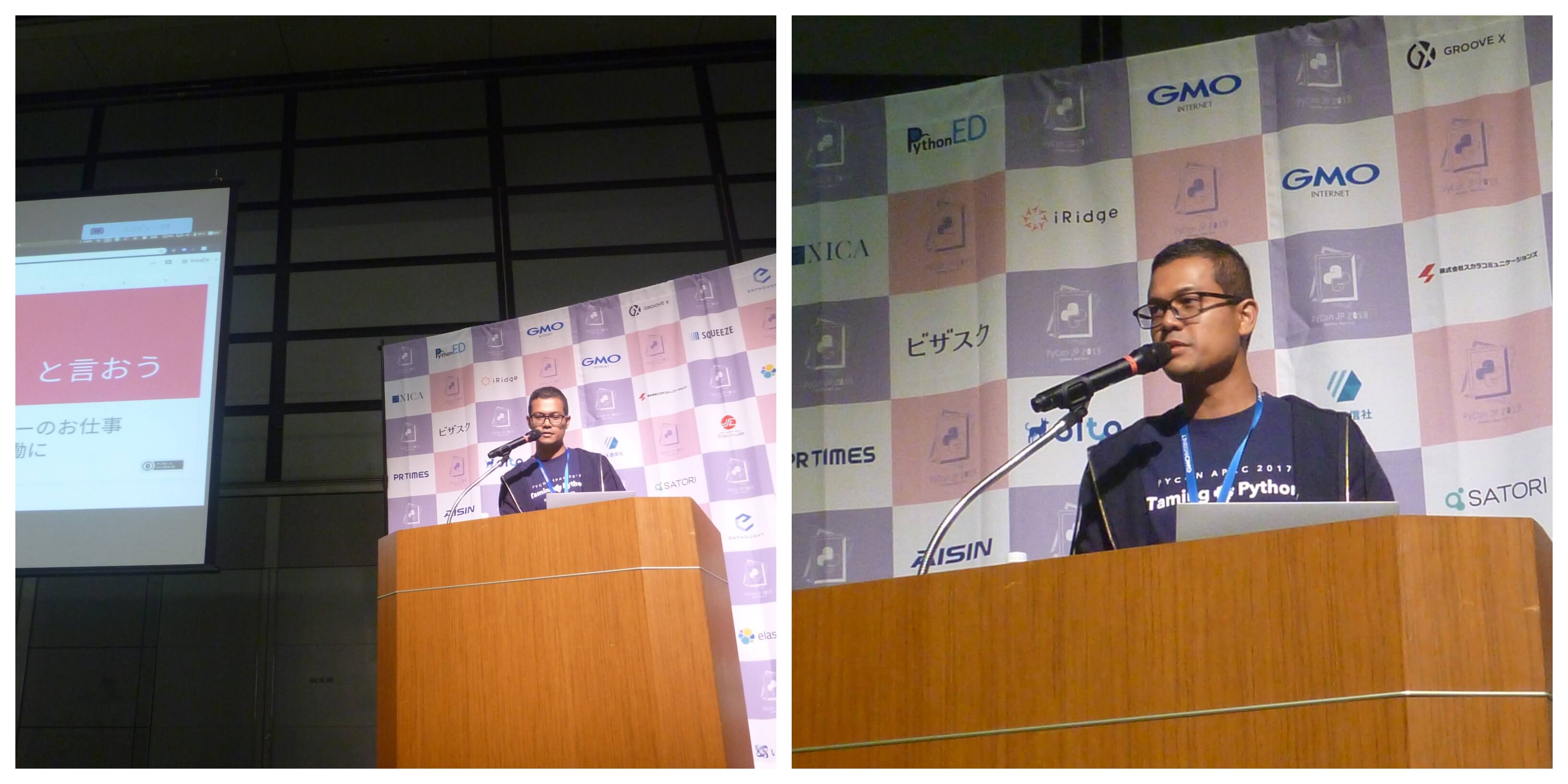 This was the 10th time we had PyCon JP in Japan. It has been a long way since we started mini PyCon in January 2011, with 100 people coming. This time it was over a thousand attendees. The crowd has also evolved from hardcore python users to also include beginners and students, from software engineers to students and company directors.

We hope to see further growth and more participation from different people and industries in the future.

Japanese consumption tax will be raised to 10%