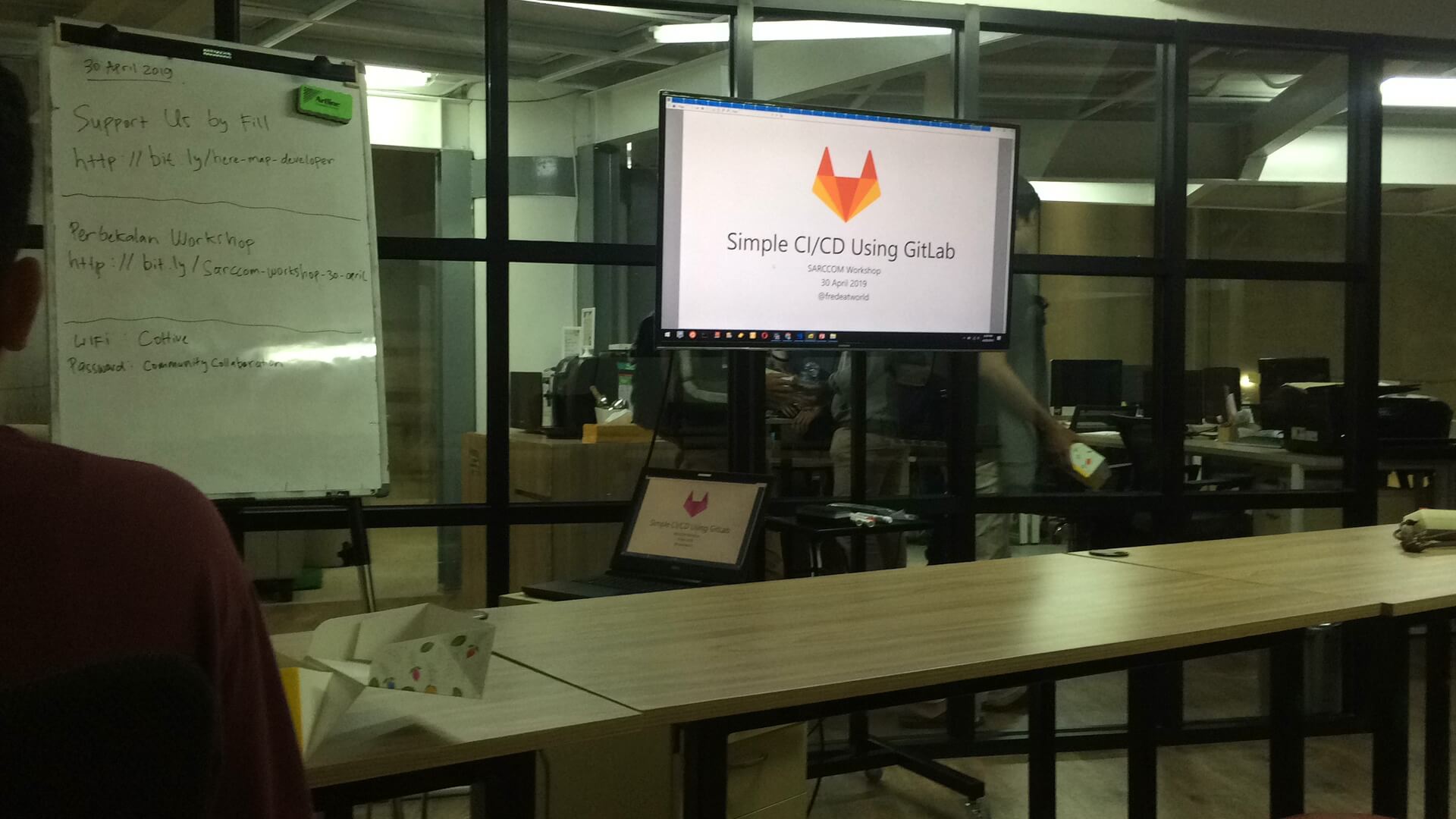 It was a nice workshop! In around 2 hours, with hands-on experience, I get to know how to implement CI/CD on gitlab. The workshop started with a basic explanation on what is CI/CD and how we see this CI/CD in the whole process of software development. CI/CD focuses on software-defined life cycles.

The room was a bit small but the nice thing is it was fully packed! There were around 20-25 attendees, although the workshop location was a bit far from the city center.

The instructor was Freddy, which I think I never met him before. Freddy explained everything clearly and also responded to the attendees questions. We were using node.js application and since I don't have any experience on node.js, Freddy gave me a hint when I was getting an error.

With CI in our development pipeline, we can know in short time if there's something wrong in our code. For example the most simple error like assigning to a non-exist variable and also syntax error. While for CD, we will know whether we can deploy our code to development or production environment or not. And in some cases we can automate to deploy to development environment once we commit it.

On gitlab, we define the configuration in .gitlab-ci.yml file. First, we define the environment. Then we can also define the prerequisite before run the test such as doing packages upgrade etc. Finally we define the tests that we're going to execute. Starting from sytle checker (lint) and also run the test code. Once everything is OK, we can ask CI/CD to deploy to development environment by running the deployment script.