The Game of Deployment

Web Application Deployment is one of the important parts in application development. Once an application is developed, you are required to serve it to your users, and if it is not served right it would impact your customer base. Over the years the procedures required in deployment have grown complex, and management cumbersome. Due to these factors, we have decided to setup a system in-house that would help us deploy more easily. As part of our research, I looked into various approaches on how to setup an in-house application deployment management system, I have come across various deployment strategies and today would like to give my views on why this is necessary going forward and a couple of strategies I have found viable.

If we go back just 10 years during the web 2.0 era, web application deployment was not as complex as today for a couple of reasons.

Many cloud services like AWS, Heroku, Azure do provide certain solutions to these issues, but you will face a number of issues if one day you decide to migrate from one cloud provider to another. For Example, if you decide to move from AWS to Heroku, the way they function are completely different. So it is better to have an in-house or a third party deployment strategy.

Convox is a deployment management tool that takes care of deployment, management & maintenance of deployed applications. Convox tries to replicate the deployment process to that of Heroku. It uses docker images to understand application configuration, it automagically creates isolated environments which are called Racks.These contain applications which are in turn have isolated environments. One of the things I disliked about Convox is that it is only currently available for AWS.

Analyzing it on the points previously mentioned.

Flynn is an open source project which allows you to deploy an in-house deployment management system, on your server. Flynn internally uses Docker Containers to setup its environment but the user need not worry about docker configuration file and uses Heroku's open source build packs to build the application. The Deployment procedure is identical to that of Heroku.

Analyzing it on the points previously mentioned.

Depending on the needs I personally would go prefer using Flynn as it gives more freedom on managing the system, it is opensource and free to use if you can do it yourself. Although if you do not wish to handle setting up yourself and want another team to manage your deployments, then Convox would be the cheaper alternative. 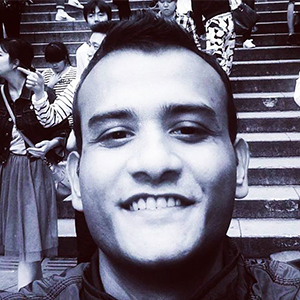 Joined July 2017. Major in Computer Science Engineering from West Bengal University of Technology. Has worked across different development stacks in the past. Loves the aesthetics of Python as a programming language. An avid traveler, tries to travel as much as possible.