In 2011, a wonderful idea was hatched to allow connectivity to millions of phones in the world in under 10 minutes. That idea was named FullCourt *With the help of many people, from our families, to our customers and our friends, we have managed to make that idea into a reality, and FullCourt was born.

4 years down the road from that fateful day, through many ups and downs, we are sad to announce that FullCourt will turn off the lights and end its service on Monday 29 February 2016.

What will this mean to you?

FullCourt will stop to accept new registrations on Thu Dec 3 2015.

FullCourt will stop to accept new credit purchases on 1st Jan 2016. If you would like to get refunds on your remaining credits, we will accept refund requests based on our Terms Of Service. Please contact support@fullcourt.co for details.

Motion will still be available until the end of service on Monday 29 February 2016 but all your Motion numbers will be lost after that date. Please refer to the section on "Incoming phone numbers, including Motion numbers" below for details.

As per our Terms Of Service, we unfortunately cannot port or transfer your incoming phone numbers or Motion numbers to a different provider for you. After Monday 29 February 2016, these numbers will be lost forever.

We have released the Xoxzo Cloud Telephony Platform as a replacement API service for SMS messaging and voice. Registration is free, with a much simpler API.

We would like to thank you for all the support, advice and encouragement we have received for the past 4 years. It has been a tough but fun journey. See you again at Xoxzo!

Iqbal came to Japan in 1997, and graduated from the Engineering faculty of Saga University. After working through companies like Yahoo! Japan and Amazon, Iqbal founded MARIMORE Inc. in 2007 which was the previous version of Xoxzo Inc. CEO of LaLoka Labs LLC. 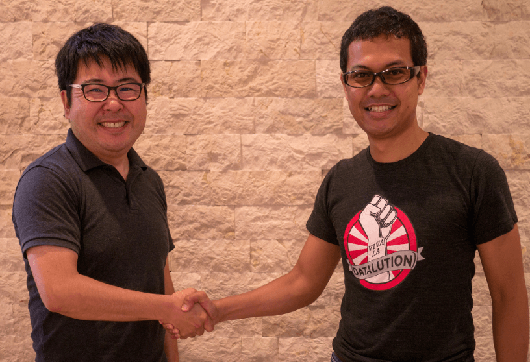 Xoxzo/EZSMS Cancellation for the scheduled downtime